What Are GMOs, Really? 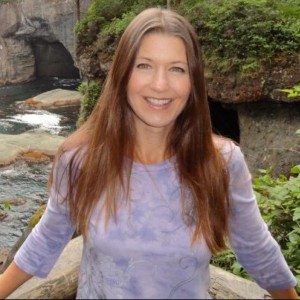 You likely have an opinion about Genetically Modified Organisms (GMOs), either based on little tidbits of information collected online or by experiencing a gut reaction to the concept.  After researching the topic with my middle schooler, I realized that I had a lot to learn about GMOs. Admittedly, my feelings about GMOs did change after helping her complete the project. I have since become more concerned about the potential allergenic effects of GMOs.

What is a GMO?

Genetically modified organisms are plants, animals, or microbial genes that have had their genetic material changed using genetic engineering. GMOs result from changing DNA structure within an organism, or by transplanting genetic material from another organism, known as transgenic engineering.  Not all GMOs are transgenic, but all transgenic organisms are classified as GMOs.  The World Health Organization defines GMOs as being changed in a way that “does not occur naturally,” as historically was done through hybridization, breeding, or selection (1).

How are GMOs made?

GMO’s are made by changing an organism’s DNA, ideally to create more favorable traits. For example, it’s theorized that Roundup-ready and pesticide-resistant GMO crops allow fewer chemicals to be sprayed than conventional crops.  The four basic steps to creating GMOs are the following (2):

Wide-scale, commercially-grown GMO wheat has not yet been reported (11). However, in 2016, 22 “unapproved” GMO wheat plants were identified by the FDA in Washington state alone (12).

There are numerous environmental, socioeconomic, and health concerns regarding GMOs (13). Environmental concerns consist of lack of crop diversity and possible impact to pollinators and eventual food supply (14). Socioeconomic concerns reflect negative impact to farmers and lower-income individuals exposed disproportionately to more processed-food GMOs than higher income Americans. Many health concerns revolve around uncertainty about the impact to the gut microbiome and overall health in humans, in part because of minimal epidemiological and longitudinal studies completed. Here are just a few of the concerns that may affect consumers:

Now, what are your thoughts about GMOs – friend or foe? Should labeling be required?

(8) Rangel, G. (2015). From corgis to corn: A brief look at the long history of GMO technology. Genetically Modified Organisms and Our Food. Harvard University. http://sitn.hms.harvard.edu/flash/2015/from-corgis-to-corn-a-brief-look-at-the-long-history-of-gmo-technology/

(16) Xu, C. (2015). Nothing to sneeze at: The allergenicity of GMOs. Genetically Modified Organisms and Our Food. Harvard University. http://sitn.hms.harvard.edu/flash/2015/allergies-and-gmos/

Disclaimer: This website is for information purposes and is not intended to replace medical advice.